I’ve been blogging more and actually getting out and taking more photos too. At the same time I’ve been doing a lot of uploading to Flickr in an effort to do some online back up of my photos. I figure I might only be about half-done in that task.

That means at least another 6,000 or so photos to go! I thought I’d post a couple of my favourites here today. The top photo is a sunset over the Fraser River in Quesnel, B.C. The second photo is the Rocky Mountaineer tourist train taken half-way between Williams Lake and Quesnel.

Lately I’ve been getting back to writing more often and getting out and taking photos, both things I love to do.

Admittedly, it’s partially due to my participation in Empire Avenue, a kind of social media stock investing community/game. The more active you are, the higher your stock value will get.

There’s nothing wrong with having a little motivation. Sometimes we forget about things that are important to us and in recent years I’ve gotten away from writing and photography, at least on a personal basis. I still write professionally, but it’s not always the same. You certainly don’t have quite the same freedom.

I’ve been documenting some major family events recently, such as my uncle’s memorial service in Spokane, my daughter’s graduation in Williams Lake and my son’s grade 9 farewell from a Catholic junior high.

I’ve been putting as many photos as I can up on Flickr. As I say in my profile, my Flickr account isn’t so much a gallery of what I’d consider my best work, but more online storage of photos I have taken. I weed out the truly bad ones.

I know I’ve got lots of good photos in there, but I really don’t take the time to tinker with them in Photoshop as I see many people doing. My Flickr account certainly doesn’t function as a resume of my best work in hopes someone will randomly wander by and offer me a job as a professional photographer. I’m a little ways off from that.

I think my Flickr account is more of a documentary of my life and those around me, for better or worse. I also have been trying to get other family members to connect to my account if they’d like to download any of the full size photos so they can print them themselves. That’s been more of a chore, which is a shame because I think that Flickr functions pretty well as a hub for family and friends to share photos. 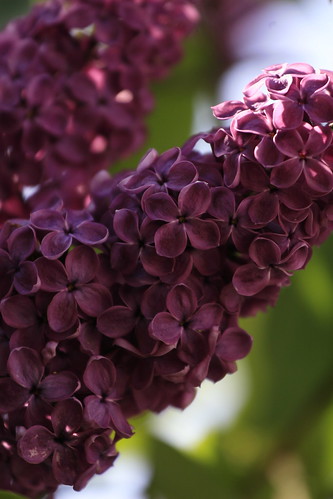 One of the issues I’ve always had with digital cameras is colour accuracy. It can be so tough to accurately capture the colours you’re seeing. I shot a set yesterday that I wasn’t too happy with, looking at the camera. I was pleasantly surprised when I loaded them onto my computer.

The colours of the flowers in my photos are very close to what I was seeing. That makes me really happy! If you look at my photostream in Flickr, you’ll see a lot of flowers. I’m a bit obsessed by them, but I prefer wildflowers and it’s better when they’re in their natural setting. I do have a few DVDs worth that I still have to upload too.

Sunsets and sunrises are another of my favourite photography subjects. It can be tough to get the colours just right there too. I don’t like to have to Photoshop them to get the colour correct. I prefer it to come out of the camera looking as it should.

I’ve been using my digital camera for four years now and I would say I’m reasonably accomplished, but I still have a lot to learn. I just bought a flash a few weeks back and that’s a whole other area I’ve got to learn.

I would like to try doing portraits with studio lighting eventually. I don’t want to be a pro, but I want to give it a try.

As for equipment, one of my favourite kinds of photography is macro photography, so some type of macro lens is in my future. I would like a good quality wide-angle zoom, like a Canon 28-70mm f/2.8, but a Canon 24-105mm f/4 is another one I’m considering.

Eventually I’d like to get a full frame sensor body like a Canon 5D MkII. Then I’d be able to do some video also. Once I’ve done that, I’ll invest in a good wide angle lens.

I don’t plan on doing any of these things any time soon. Still undecided and I’ll invest in more lenses before I buy a new body.

Any suggestions on what lenses might be better or other lenses I hadn’t considered?

The last week has been a whirlwind of activity, both positive and negative. The two bad days I had earlier last week have given way to better days. There were no problems with school attendance after that. That was good.

I was able to pack a lot of work in at the end of the week, but I have much more! Saturday was spent preparing for “Christmas” on Sunday. I also did some last minute Christmas shopping and, with the help of the kids, got the house cleaned up and ready for company. My wife had to work Saturday, so we had to get it done. I’m sure she’s not complaining. : )

My Friday was interesting. I attended a Canadian Public Relations Society luncheon where Walter of fusedlogic was speaking about social media and avoiding public relations disasters. I was posting items and pictures on Twitter while Mack Male was live blogging the event. I know Walter was under the weather but it was one of the best speeches I’ve heard him give.

After that I attended the ProTraining open-house. It was a fun party and it was nice to chat with so many people I know and I met a few new ones too. It was almost like a Tweetup!

Early Christmas for the kids

We decided to have a Christmas celebration for the kids before they went back to B.C. to spend the holidays with their mom. The joys of divorce. Nobody in this house has had a “normal” Christmas in years.

Because we’re having relatives on Christmas day and will be having the usual turkey dinner, we decided to give the kids a choice: turkey or sushi. They, of course, took the sushi option. With the help of my parents we prepared several platters of sushi composed of crab, tuna and salmon in various forms.

The sushi was really good. It may not have been as fancy as you find in a sushi restaurant, but it was still good.

The kids were the only ones opening presents, except for my wife and I opening gifts from the kids. They were pretty happy with their gifts, and while I intended to spend a little less than average this year, I am pretty sure I spent more.

I have seen figures that the average spent per person on Christmas in Canada is in the $850-900 range. Per person! I think our whole family spends less than $1,000 together! It’s not like we’re just buying at Wal-Mart either. We get nice gifts but not too much and though I do feel like we’re extravagant at times, I guess we’re not. 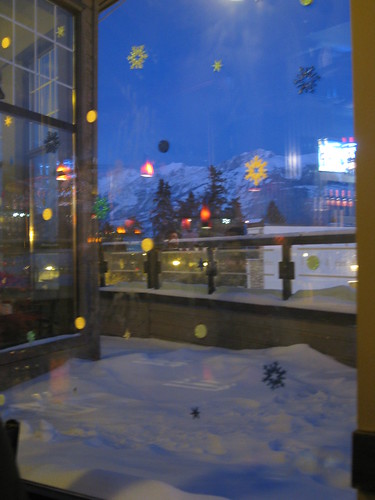 Yesterday we drove the kids “half way” from Edmonton to McBride. My ex-wife lives in Quesnel now. She was running late so I decided to tour McBride. I used to live there a while back with my ex-wife. My daughter was two at the time.

For me, the most interesting part of the tour was driving down the long country road to the old mill I used to work at. We couldn’t get in because the road was choked with snow. I could see there was no longer a gate, so there’s obviously nothing left back there. It was a neat old mill where they produced cedar post and rail fencing. There was also a sawmill with a planer.

We drove back down the road and I stopped at a small property halfway back to town. I stopped in to see if the people I knew were still there, and by chance, they were! The fellow I knew was now working out of town and unfortunately (for me) was going to be home today. I talked with his wife at the door for a while and got his email address. Everyone in the car had a laugh as the goat tried to butt its way inside the door I had cracked open slightly.

I hadn’t been through McBride much over the years and never really had time to stop. I’m glad I did this time. After 14 years in can be kind of awkward, but it always passes quickly. I would have regretted it if I’d driven right past and never stopped.

We found a local restaurant to relax at and eventually got the kids on their way to Christmas in Quesnel. We’ll miss them, as we always do. Hopefully they have a good Christmas there.

On the way to McBride we had stopped and taken some pictures of Mt. Robson, which was crystal clear that day. Anyone who gets to see that spectacular mountain on a regular basis is blessed. It’s definitely one of the most picturesque mountains in the world. My photos don’t do it justice.

We actually stopped there on the way back too. It was in early sunset, and looked nice still. I wish we had the time to wait because the sunset later offered the most amazing salmon pink cast. Now that would have made an even better photo. We have to go back that way again soon, so you never know.

After snapping off a few dozen photos, getting some video and some frostbite, we were on our way again. The rest of the trip was less eventful. We stopped in Jasper, one of our favourite towns, for supper. We often stop at the Earl’s there and did again this time. It’s perched up above the quaint streets and it offers a beautiful view of the surrounding mountains.

Snow tires are a good thing, studded tires are better 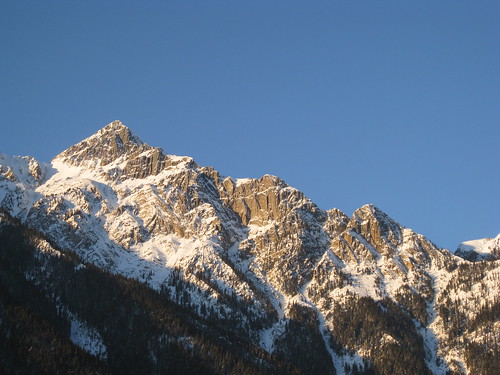 We arrived safely back home. I say safely because the way people were driving, it’s a good thing. I can’t believe the way people drive on icy roads and the roads lately have been icier than usual. They keep their all-season tires on and drive like it’s summer. We had studded tires on all four tires. It was so icy in places that even with our tires I could feel the car losing a bit of grip.

I think that investing in a second set of rims, and either snow tires or studded tires, is a sensible investment in a vehicle you plan to keep. Once they’re mounted, you can do the tire changes yourself, which saves around $50 twice per year. It also extends the life of your current tires because they are being driven on half the time. At the very least if you could have one vehicle in your family that was equipped like this, that would be good.

That’s the economic side of the argument. If you value your family’s and your own lives, it’s worth it no matter what the cost. If you’re “lucky” enough to have an accident with no injuries, I am curious how much that might cost you. How much do your premiums go up if you just go off the road and total your car? I am curious because I’ve never had it happen. I assume you’re found to be at fault. Interesting thought though.

If I don’t manage to make it back to my blog before Christmas, I hope that you and your family have a very merry, happy and safe Christmas!